Monaco, December 2014
The Galien Foundation and UBIFRANCE join forces in order to encourage and reward international partnerships between French and North American companies.

An independent, international jury under the auspices of the Galien Foundation Board reviewed proposals and selected the most innovative and promising North American – French projects :

On December 4th, 2014, during the GALIEN FRANCE and INTERNATIONAL award ceremony in Monaco, the three winning projects were announced. In particular, the UBISTART Prize was awarded to Affilogic, Ferring Research Institute  and Domain Therapeutics for the project “Discovery and development of a new antibody mimetic class, the Nanofitins, which modulate G protein coupled receptors.”
The objective of this project is to develop first-in-class compounds as GPCR-modulators for high blood pressure during pregnancy. “Around 350 GPCRs are identified as potential drug targets, 250 are orphan, and strategies for addressing them with small molecules and HTS are getting scarce, while strategies with antibodies are complex to handle. Nanofitins®, a novel format of affinity proteins discovered by Affilogic, with a highly efficient discovery model, aim at filling this gap.” 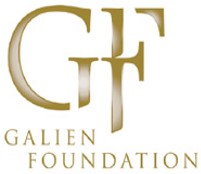 The ETPN annual event aimed at providing in-depth details on the practical implementation of the ETPN recommendations for a strong translational nanomedicine sector in Europe as well as unveiling future priorities for nanomedical research and innovation till 2020.

“On top of being used as neutralizing agents, Nanofitins® are developed as vectors to increase target-specificity of a conjugated moiety. For this “Nanofitin®-Drug-Conjugate” approach, Nanofitins® open new perspectives with respect to antibodies, combining the same binding capacity with (i) very easy conjugation to any payload (small molecule, biologic, nanoparticle) by genetic fusion or click chemistry (ii) a small size not impacting efficacy of the payload (ii) a robustness allowing disruptive routes of administration (oral administration…) (iv) a production cost up to 50 times lower than antibodies (bacterial fermentation, chemical synthesis). Nanofitins® have already demonstrated proof-of-concept in vectorizing nanoparticles in different partnered oncology pre-clinical programmes, i.e. loaded nanoparticles for intracellular targeting of 100’s of toxins and magneto-fluorescent nanoparticles for theranostic applications.”

The Fast Track R&D is a satellite event of BIO San Diego 2014 whose goal is to present the expertise and innovation developed by French biotech companies and promote networking opportunities with over 150 French and 150 international Pharma & Biotech companies. 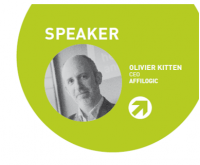