Affilogic pushes ahead its lead towards the clinic

”Currently in preclinical development, the consortium, which has brought together 7 partners since the beginning of 2012, is marking a strategic shift with pending integration of a pharmaceutical partner. It is a significant industrial recognition in this highly attractive therapeutic field, allowing Affilogic to foresee a promising clinical future for its compound” (…)

Drugs of the future are discovered in Nantes

Abstract Nantes Passion April 2013
“His favorite subject ? Nanofitins®. These small proteins, coming from bacteria discovered in Yellowstone Park geysers, exhibit the same functionnalities as the antibodies produced by our body.”

“We produce them on demand to diagnose and cure diseases where antibodies are not successful.”, explains Olivier Kitten, CEO of Affilogic. After 3 years, this young biotech established in Nantes on the site of the Sciences University has generated around fifteen Nanofitins®. Seven are currently evaluated by industrials in France, in the United States or in Japan to develop new drugs against Crohn’s Disease, Psoriasis” (…) 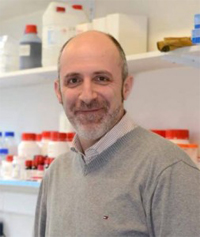 On February 26, 2013, Nadège Prel, Business Development manager at Affilogic presented their Nanofitins®, proteins alternative to therapeutic antibodies at the “Partnering with France” Workshop during Bio Partnering North in Vancouver.

“(…) In 2011, Affilogic obtained a Research grant from the European Commission to develop therapeutic agents for Crohn’s disease and Ulcerative colitis. The goal of this project is to generate Nanofitins® inhibiting TNF that could be administered orally. (…) On top of oral administration, we are investigating the possibility of formulating Nanofitins® within ointments and eye drops.(…)” 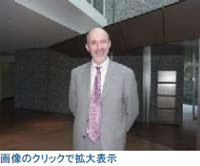 Abstract La Tribune January 2013
For 3 years, the biotech company from Nantes Affilogic has been engineering Nanofitins® used as an alternative to antibodies for diagnostic applications or to treat pathologies such as Crohn’s Disease, Psoriasis, AMD (Age-related Macular Degeneration), Rheumatoid Arthritis…

(…) Seven “pilot” projects are in the hands of Pharma companies awaiting validation.
These proteins, 20 times smaller than antibodies, can be very easily conjugated with other molecules and have applications in diagnostics and for the treatment of pathologies. Cost-effective production costs could make it possible, eventually, to propose targeted and individualized treatments for same price as antibiotics. (…)” 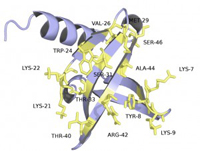