A tunable 100% in vitro selection process

The generation of Nanofitins® consists in identifying the best ligands amongst the vast library of variants. Libraries are screened with many parameters to tune specificity on the target(s): targeting common epitopes of different antigens (such as human/mouse cross-species binding) or forcing the competition with a ligand, particularly relevant to inhibiting a ligand/receptor interaction. This process is amenable to toxic targets, or non-immunogenic epitopes.

An extensive experience with 100+ targets 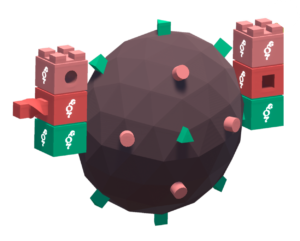 A common backbone with intrinsic assets

Nanofitins® are small, single-chain proteins (7 kDa, around 20 times smaller than a monoclonal antibody) exhibiting a higher tissue penetration potential. Nanofitins® derive from a naturally hyperstable scaffold, from which they retain most of the biochemical features such as resistance to temperature (70-80°C) and pH (10-13). 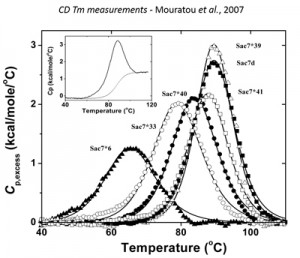 They can be stored several months at room temperature and are not sensitive to repeated freeze-thaw cycles. Nanofitins® spontaneously fold and refold, and can withstand autoclave cycles. They are not stabilized by any disulphide bridge. One major consequence is that they can be synthesised chemically. Nanofitins® have demonstrated a very high protease resistance and can thus survive in gastric fluids, which enables development of orally formulated Nanofitins® for therapeutics applications. They can also be formulated in a large spectrum of buffers and be concentrated >100 mg/mL to reach very high doses in a small volume. The combination of these features make Nanofitins® highly druggable compounds.

Toxicity
Neither cellular nor in vivo toxicity has been observed with Nanofitins®.
No mortality or clinical signs at daily repeated administration of 20 times the normal dose.
No genotoxicity or cardiotoxicity even at a high level of Nanofitin® concentration.

Biodistribution
Nanofitins® do not aggregate in kidneys; they have a rapid bladder clearance.

N-/C- termini are not involved in the binding site. Thus, Nanofitins® can be : 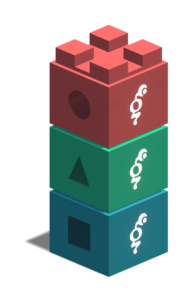